The Phantom of the Opera: The Other Musicals

At one point in the early 1990s, all three stage versions were running in the United States at the same time!

Ken Hill's "Phantom of the Opera"

Kenneth Hill (1937-1995) was actually the first playwright to turn The Phantom of the Opera into a musical. He worked as an actor and writer, then associate director and resident writer (1970-1974), then artistic director (1974-1976) at Joan Littlewood's Theatre Workshop. After several years working elsewhere, he returned to the Theatre Workshop to put on his musical The Phantom of the Opera in 1984. It was there that Andrew Lloyd Webber saw the performance and became inspired to create his own version. Although a collaboration was briefly discussed, Lloyd Webber ended up pursuing his own musical. 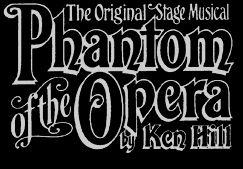 In a 1989 interview with the LA Times, Ken Hill revealed that he first read Leroux's novel in 1976 and decided it was good material for an opera with some comedic components. His first staging included an original score, but he later revised it to use existing music such as Bach, Verdi, and Mozart, which is what was performed in 1984. The general plot line of his version more or less familiar, with a few chronological changes. But the real distinctions, particularly for those who are used to Lloyd Webber's version, are the comedy and the more definitive ending. His show distinguishes itself as “the original London stage musical” and when asked about Lloyd Webber's version, Hill responds that there are no ill feelings or competition between the shows because they are so different. He also notes that while his version has comedic aspects, it is not intended to purely be a comedy, though next to Lloyd Webber's the show gets labeled as such.

What do people think of Hill's musical?

There is quite a mixed response, as evidenced by the range of reviews. In 1990 there was a rather scathing review in the Chicago Tribune that clearly preferred Lloyd Webber's musical and accused Hill's of riding Lloyd Webber's coattails. A year later, though, a quite favorable review was published in the Spokane Chronicle that advised its readers to give Hill's version a chance and highlighted the success of its run in the United States. Whether or not Hill was concerned with competition between the shows, audiences naturally compared them.

Check out the video below to hear John Owen-Jones perform "Ne'er Forsake Me, Here Remain," a song sung by the Phantom in Hill's musical as he tries to convince Christine to love and stay with him. You can also find recordings of the 2013 revival in Tokyo on YouTube (Act I and Act II).

The third musical adaptation is simply called Phantom, with music and lyrics by Maury Yeston and book by Arthur Kopit (also known for their collaboration on the Broadway show Nine). Yeston and Kopit wrote the show in 1983, intending it for Broadway, but Andrew Lloyd Webber's musical made it there first. However, since their shows were so different, Yeston and Kopit's show was still able to tour the United States and received very positive reviews. 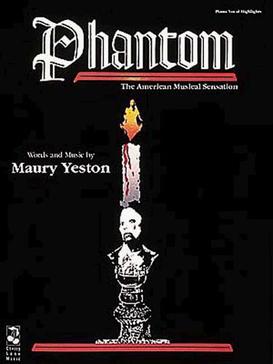 Although Phantom is based on Leroux's novel, the plot is rather different in terms of the reason for the Phantom, or Erik, living in the Paris Opera House. In this version, the audience learns about Erik's family, and he is portrayed as a much more sympathetic character, particularly in his tenderness toward Christine. Although the story strays from the novel, the show is considered to be more traditional since it follows the typical musical format of having songs dispersed among dialogue.

What do people think of Yeston and Kopit's musical?

Reviews were largely positive, and though there are inevitable comparisons to Lloyd Webber's version, there is enough of a difference between the two shows in both plot and music to set them apart. Phantom toured successfully, and returned several times to the Westchester Broadway Theatre, where it just finished a run in January of 2019. Check out the rave audience reviews from the Westchester!

Curious to hear the music? You can preview the soundtrack through Masterworks Broadway.

You can also find a variety of recordings of the full show on YouTube by searching "Phantom Yeston and Kopit" (note: quality may vary).