The Phantom of the Opera: The Original Novel

Read it for yourself: The Phantom of the Opera is public domain. Access the ebook for free from Project Gutenberg!

Reviews: Check out what other readers have to say about the book on Goodreads.

A peek into the past: Curious to see what the manuscript looks like? The National Library of France has a variety of papers of Gaston Leroux in its archives. Through their digital library you can view scans of the French manuscript online! 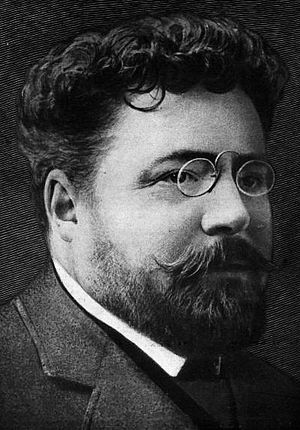 Gaston Leroux (1868-1927) was a French journalist turned novelist. He wrote numerous novels, short stories, and plays, but is probably best known for Le Fantôme de l'Opéra, or The Phantom of the Opera. It was published as a serialization before it was published as a novel in 1910, though initial reviews were not overwhelmingly positive. (It wouldn't receive favor and fame until the 1925 film adaptation.) 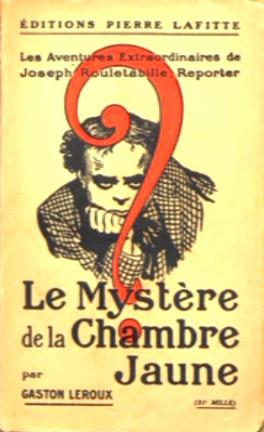 If you enjoy The Phantom of the Opera, you might also enjoy Leroux's other famous novel, The Mystery of the Yellow Room (1907). It's also available as a free ebook on Project Gutenberg.

In this detective novel, an attack happens in a locked room with no means of escape, but when the victim is discovered the attacker is nowhere to be found. Who is the attacker and how did they escape the scene of the crime?

The Facts Behind the Fiction

Gaston Leroux starts off the novel with the declaration that "the Opera ghost really existed" (Leroux, 2008) and it's rumored that he maintained this on his deathbed. So was the Phantom of the Opera real? Probably not, but certain aspects of his story are based on actual events and circumstances relating to the Palais Garnier (and embellished by Leroux). 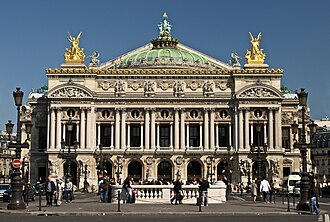 The Fiction: The Phantom lives near the secret lake underneath the Paris Opera House.

The Fact: A large water tank was built to control the water level when the foundation was laid. No one lives there, but it is used to help train fire fighters to swim in the dark.

The Fiction: The dramatic scene where the Phantom makes the chandelier fall.

The Fact: A counterweight from the chandelier did once fall and kill a person (but not the whole chandelier).

The Fiction: Erik's corpse is discovered in the cellars as preparations are being made to store phonographic recordings.

The Fact: There was no body, but a time capsule was discovered containing gramophone discs from the early 1900s.