The Phantom of the Opera: Films

This page talks about just a handful of the film and television adaptations of The Phantom of the Opera. Versions range from horrific to romantic, and vary from adhering closely to Leroux's novel to being only loosely based on the story.

To find more adaptations, you can search for The Phantom of the Opera on IMDB.com or allmovie.com. 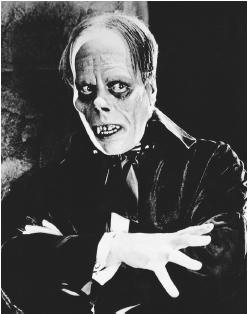 Leroux's novel was made into a silent horror film in 1925, directed by Rupert Julian. It starred Lon Chaney as the Phantom, or Erik, Mary Philbin as Christine, and Norman Kerry as Raoul. This film remained fairly accurate to the plot of the novel, despite several changes leading up to its release. Lon Chaney, who is also known as "the Man of a Thousand Faces", was famous for doing his own makeup, as he did for the role of the Phantom. Although the Phantom's disfigurement is no secret to us today, when the film was being shot, there were no photos released of what the Phantom's face would look like in order to fully surprise viewers. Thus, the unmasking scene had a true, shocking effect when the film was released. The popularity of the story today can be traced back to the success of this film, which launched Leroux's tale into fame.

Learn more about Lon Chaney, who also famously played the Hunchback of Notre Dame in 1923.

The video above is the the trailer for the 1989 horror adaptation directed by Dwight H. Little. It puts a spin on the plot where Christine, a music student in the 1980s has an accident that sends her back to the 19th century, where she encounters the Phantom. It also leans much more into the horror, with the Phantom being played by Robert Englund, who had just a few years prior played Freddy Krueger in A Nightmare on Elm Street. 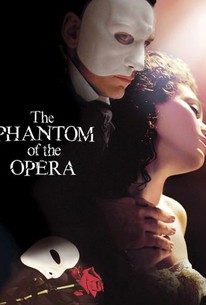 Likely the most popular and well-known film adaptation is the 2004 movie musical directed by Joel Schumacher. Based on Andrew Lloyd Webber's stage musical, it stars Gerard Butler as the Phantom, Emmy Rossum as Christine, and Patrick Wilson as Raoul.

Although this adaptation certainly includes some of the darker, violent components of the story, it also romanticizes it more. For instance, Butler's Phantom is clearly supposed to be attractive while wearing his mask, making his appeal a little less mysterious. This movie was met with a wide range of reviews, which varied based on familiarity with Webber's stage musical, opinions on Schumacher's directing, and reactions to casting choices. Rotten Tomatoes provides a sense of the wide gap in reviews: critics scored it at 33% while audience reviews scored it at 84%.