The Chicano Movement in Colorado: Space

One of the prominent elements to the Chicano Movement was the idea of the right to reclaim space in the name of Aztlán. Many Chicano neighborhoods saw their public parks grossly neglected by the city, and took matters into their own hands by claiming ownership and providing community-level maintenance, independent of city efforts. Many of the takeovers involved forcing current park employees to quit, and placing neighborhood residents in those newly vacant positions. The point of the takeovers was to reclaim a piece of Aztlán.

List of Denver parks reclaimed by the Chicano Movement:

During the early 1970's, youth activists took over the swimming pool at Columbus Park, which was the same strategy used by activists in 1969 when they overtook Lincoln Park. The Curtis Park pool takeover followed in 1971, implementing similar strategies as the former two takeovers. Today, both La Alma/Lincoln Park and Mestizo/Curtis Park have retained the Chicano identity that was conferred onto the parks when they were each overtaken, and both parks reflect the multicultural landscape of their respective neighborhoods. The exception is La Raza/Columbus Park, which is still officially named Columbus Park. Efforts to rename the park continue with little success due to the rapidly gentrifying area La Raza/Columbus Park is located. The ethnic population has trickled out of the barrio and into the suburbs, replaced by upper middle class Anglos. Conversely, La Alma/Lincoln Park and Mestizo/Curtis Park areas maintain an ethnic majority.

This article discusses, in depth, the concept of space and how it relates to the Chicano Movement in Denver.

Note: This article will need to be accessed from an institution that has a relationship with Elsevier.

"La Alma" is the Spanish word for soul or spirit, and the park is tied to Chicano traditions. La Alma/Lincoln Park didn't face as many issues as that of La Raza/Columbus Park, and in fact, received support from the City and County of Denver to redevelop the park as early as 1976. The Chicano community received recognition rather quickly in this area of the city after the takeover. But, it did not come without police presence. The Black Berets stood guard at the park for its renaming ceremony, and were targeted by Denver Police as a result. A riot ensued between law enforcement officials and the congregation of Chicano youth. Police officers fired tear gas, bird shot, and mace at Chicano youth, while the young gatherers threw rocks and bottles at Denver police officers. 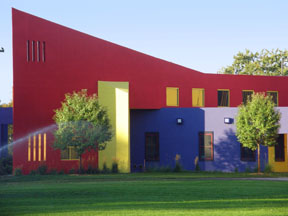 In early summer of 1971, the Sunnyside neighborhood in North Denver felt the compressions of the summer temperature, and residents gathered in area pools to cool off. Tensions fermented beneath the surface for area Chicanos, who fought to bring consciousness to the Chicano struggle through mobilization efforts that targeted Denver Latinos. White lifeguards, manning the Columbus Park pool, watched over predominately Latino swimmers. Park officials, predominately white employees, neglected Columbus Park’s bathrooms, and ignored safety issues with the surrounding fence, and glass that littered the park and the pool. With little sound reason or explanation, park officials habitually closed the pool to avoid upkeep, neglecting the desires and needs of the neighborhood surrounding Columbus Park.

Frustrated with Denver’s inability to care for Chicano neighborhoods, activists tore down the fence surrounding the park. When the Denver Police Department arrived to investigate the disruption, the protestors jumped into the pool, taunting officers that to make any arrests, the officers had to jump in after them. Denver Police declined to arrest anyone that day, but provided a pattern of oppressive and violent behavior toward North Denver’s Latino population. North Denver’s Latino protestors routinely responded to harassment and brutality by throwing bottles and rocks at local Italian businesses and police cars. The issue for the community that surrounded Columbus Park was the rampant neglect of Latino recreational space, the unbalanced attention the Denver Police paid to the community, and the staggering deaths of unarmed Latinos by the police in the North Denver barrios. Columbus Park, located in a former Italian ethnic enclave, transformed into a Latino barrio as early as 1950 when resident Italians experienced rising affluence, leaving the poorer North Denver area for better homes and opportunities in suburban Arvada and Wheat Ridge. In 1971, Chicanos represented more of the population in North Denver, and after the takeover, the park was renamed La Raza Park. The takeover and subsequent renaming represented a symbol of Chicano self-determination and acquisition of political power in a North Denver neighborhood Chicanos dominated. For North Denver Chicanos, this single act characterized the departure from the status quo, and provided a public platform for Chicano activists to speak out against Denver’s racism and inequality.

At the heart of the space, Chicanos defined the park as a recreational and educational center, and a place for safe political expression. Chicanos considered North Denver and La Raza Park a piece of Aztlán, a cultural representation of the Chicano Movement. So, when the Denver Police Department entered the park on June 28, 1981, and violently suppressed Chicanos with tear gas, dogs, and beatings, Chicanos fought back to try to reclaim community control, and a riot ensued. Chicanos consistently celebrated the 1971 La Raza Park takeover without incident over the course of a decade. The results of tear gas impacted Chicanos who did not participate in the June 28 celebration, and served to isolate those residents from the greater movement. Manuel Botello, a resident in close proximity to the park, described tear gas inside his home, affecting his children since the windows in his home were open during the riot. To Rudolfo (“Corky”) Gonzales, the attack appeared planned, served to disrupt the celebration, suppress political expression, and functioned to control the Chicano community.

This court case was brought on by residents surrounding La Raza Park against the police officers involved in the 1981 police attack.

Built in 1868, Mestizo/Curtis Park is the oldest park in Denver. In the summer of 1972, the park faced conflict between another ethnic minority group over the rights to the park. Over the course of a day, Chicano youth warred with African American youth to determine which group would be able to maintain park supremacy. Ultimately, a challenge ensued between the two groups, and after opening fire on police cruisers, Chicano youth were able to establish dominance over the park. After the violence and gunfire ended, Denver Police didn't move into the area until after the park was abandoned and the conflict was resolved between the two groups. 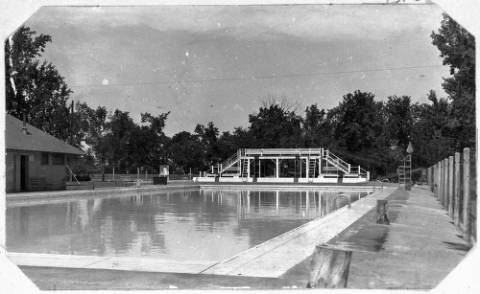 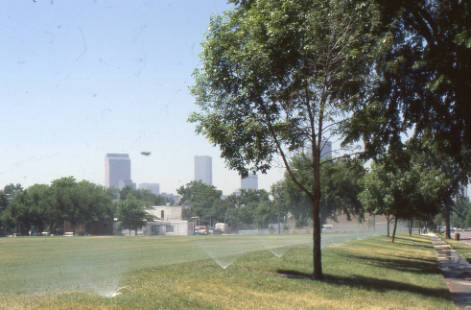